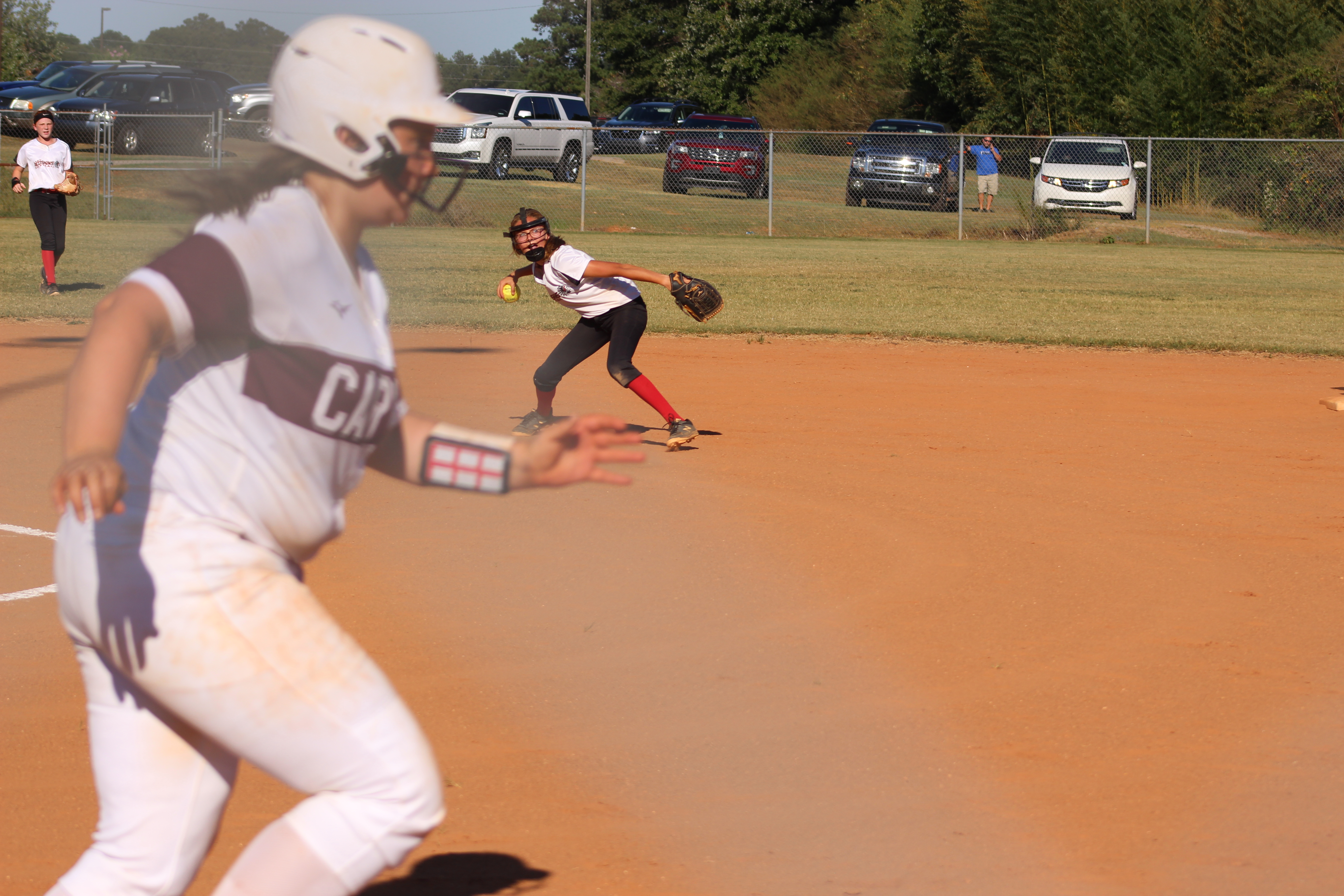 Kaylynn Scaffe showed off great discipline at the plate on Friday, as she walked three times leading the Redskins to an 18-1 victory over Carver Middle School.

SCMS Lady Redskins Softball fired up the offense in the first inning. They scored two runs when Kiley Hester singled.

The Lady Redskins tallied nine runs in the fifth inning. The offensive onslaught was led by Scaffe, Savannah Frachiseur, Hester, Anslee Saunchegraw, Harlie Ramsey, and Ally Baughn, who each had RBIs in the inning.

Abbey Land got the victory. She surrendered one run on two hits over five innings, striking out five and walking one.

Karys Wallace took the loss for Carver Middle School. She went four and a third innings, allowing 13 runs on 11 hits.

Girls Middle School Basketball at Off

Boys Middle School Basketball at Off