Redskins Official Sponsor
The AJC Cup began in 1927 and is one of the oldest news organization award programs in the country so it comes with a great history and heritage. This prestigious award honors very special high school graduates.
Each student was selected as the best all-around senior by their school’s faculty and administration based on academic achievement, leadership, community service and extra-curricular involvement. This award recognizes their hard work, focus and commitment. 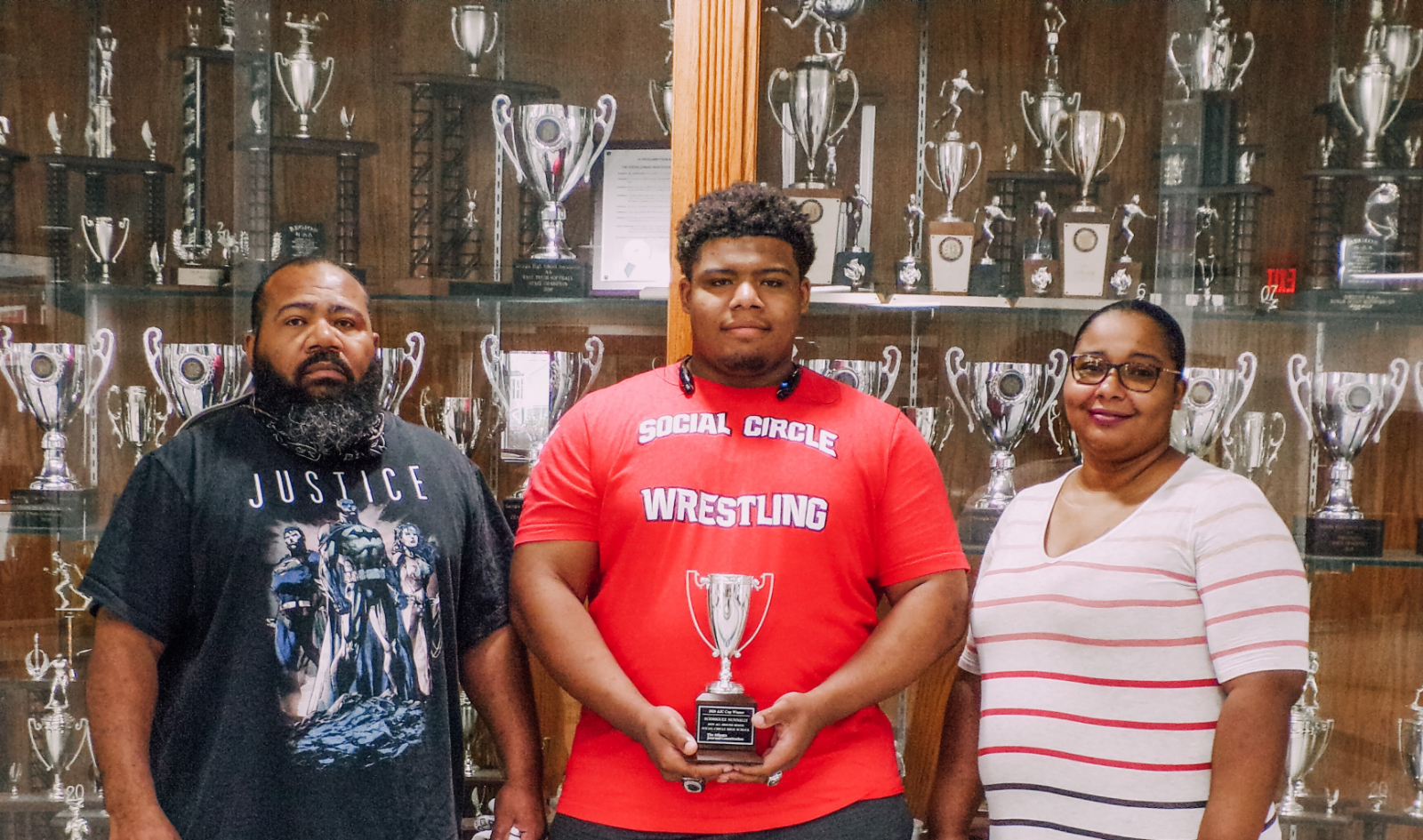 Social Circle is proud to announce Rod Nunnally as this year’s recipient of the AJC Cup.  Rod Nunnally is a standout student-athlete for Social Circle High School.  He is a 3 year letterman in Football, 4 year letterman in Wrestling, and 4 year letterman in Track and Field.  In wrestling, Rod was a 4x State Place Winner, 2x NHSCA All-American, and was a member of the State Championship teams at Social Circle from 2017-2019. Rod is extremely dedicated to his school work and is an exemplary student in the classroom.
Social Circle Head Track Coach Tim Kemp stated, “Having the opportunity to work with Rod has been an honor watching him grow from the big, quiet guy to the amazing young man he has become. Coach Estes had him on the football field, Coach Prater had him on the wrestling mats, but I had him in the ring. I was so excited for him coming into his senior year as I knew he was destined to be region champ this year in the shot put as we had worked on developing the spin. Also the quiet young man was now more vocal with his peers at school during the day. Congratulations to Rod, his coaches, teachers and most of all his parents for rearing such a fine young man.”
Social Circle Head Wrestling Coach Randy Prater stated, “Well Deserved, but most importantly earned!  Rod can crush most anyone, but can also be a gentle giant. He is well respected by his peers as a role model for others to follow, and not only in sports.  Although he has accomplished great things as an athlete, he has also demonstrated the character of someone more than that. He was never an issue or problem inside or outside of school, and the same holds true on and off the mat, on and off the field, as well as in and outside the ring.  Rod’s presence will be missed at Social Circle, the teachers, coaches, and administrators are so thankful for all the years we had him in our school system.”
Redskins Official Sponsor