Redskins Official Sponsor
Heather Richardson started her soccer career at Heritage High School playing from 1992-1995. Her freshman year, she played in the GHSA state final game. She played club soccer for RYSA, Mt. Park, and Fayette Lightning. Her Fayette Lightning team made it to the finals of the Youth Soccer National Tournament.
After high school Coach Richardson was a four year starter for Presbyterian College. While at Presbyterian she and her team were the SAC conference champions in 1995 and 1997 as well as making it to the NSCAA National Tournament those same years. In 1997 Coach Richardson was named an NSCAA Div II All-American and she got to meet Pele. During her college years, she also worked many soccer camps during the summer including, Ralph Lundy Soccer Academy, Presbyterian College, and University of Georgia. 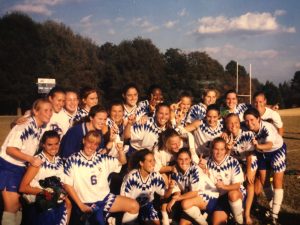 After college she earned her “D” coaching license and coached age groups U10-U18 girls at RYSA as well as coaching varsity soccer at Salem High School. While at Salem her team was the Region 8AAAA champions 3 years in a row, 2006-2008. She was also named Region 8AAAA coach of the year 2006-2008. In 2008 her team made it to the final 4. She was inducted into the Salem High School Hall of Fame in 2019. 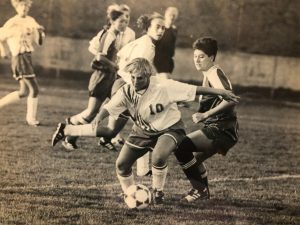 She coached for Social Circle High School in 2017 and 2018. In 2018 her team was the Region 8AA champions with a record of 8-0, and she was named Region Coach of the Year. She took a year off after having a baby, and has been enjoying coaching the soccer team again in 2020 where they are currently 2-1 in the region and she is really hoping the Redskins get to finish their season. 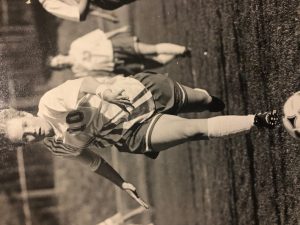 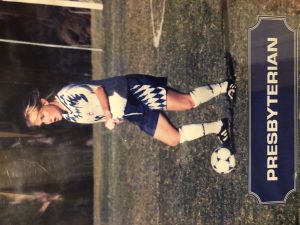