Today we get to know Mrs Jamie McFadden who has been newly named Head Cheerleading Coach at Social Circle!

I am Jamie Cown McFadden. Cheerleaders know me as Coach Cown, Coach Travis, and Coach McFadden—that’s a mouth full. I have been involved in cheerleading (both spirit and competition) since 1994. I’m officially a relic. I started cheering personally as a 7th grader at Carver Middle School. I tried out on a whim and couldn’t believe I made the team. I was an NCA All-American by my freshmen year at Monroe Area High School. I lettered in Varsity spirit/competition as a sophomore—Go Canes! I also cheered/tumbled for United in Athens, Ga during my high school years under Rob Spencer (he’s amazing by the way). 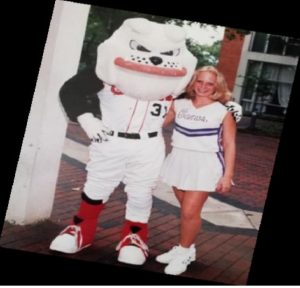 My first coaching job (2003-04) was coaching a competition middle school team in Conyers. It was definitely a learning experience as I was solo in this field, young, and we had ZERO funds. The next season, I began working and coaching basketball cheerleading at South Gwinnett High School. That was my first experience with an entire coaching staff of 9. I learned so much from those 8 other coaches. I coached varsity spirit basketball for 3 years (05-08). Then, I moved into varsity FB spirit (07-09). I added head coaching and varsity competition to my resume my last 3 years at SGHS (09-11). I loved my time as a Comet, and to all those coaches, they were such a treasure to work with and learn from. 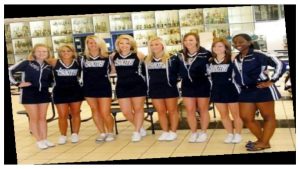 My last coaching job was at Monroe Area High School, my alma mater. I started coaching there as a head competition cheerleading coach in 2011. Spirit and competition cheerleading were completely separate at Monroe. In 2012, I grew their competitive program into a varsity and junior varsity program. I also united competition and spirit in 2012 as head coach. I truly believed it benefited them tremendously and that their program has continued to thrive under my once assistant coach, Ashley Brown. 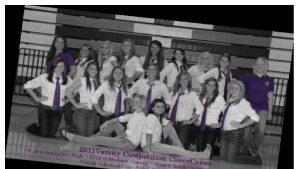 Now, it’s 2020. My kids are older, and I’m just old! But I am hoping to positively impact our kids at SCHS by uniting both spirit and competition in 2020 as well. I also hope to expand our program with a junior varsity rather than just a varsity group of athletes in the near future—Go Redskins!